No items found.
Product is not available in this quantity.
← Conservation

In 2017 Strilli Oppenheimer commissioned Buglife to complete a Spider Survey, with sampling focused in the gardens, bulb meadow and around the buildings, giving a good baseline of spiders found in grassland, open wooded and shaded areas.
recent surveys →

The estate list currently stands at 56 species of spider, each with their own preference of habitat and method of web spinning or hunting.

In the gardens one of the most commonly noticed spiders is the garden cross spider, Araneus diadematus. An orb weaver, they are often seen hanging in the middle of their large, vertical webs, sometimes with food items, such as flies, bundled up in silk.  The flower crab spider, Misumena vatia, can also be found, usually on flower heads. This fascinating spider can change colour from white to a yellow or lime colour, allowing a degree of camouflage as it waits for visiting insects. When seed heads are removed in Spring, care is taken not to harm the many small spiders that may reside within, as they are crucial to the garden ecosystem with an important role to play, primarily as pest controllers.

The meadows are an excellent place for beginners to look for spiders, offering habitat for a variety of grassland spiders, including many ground hunters which chase down their prey in open habitats. School groups often find the common wolf spider, Pardosa pullata, basking on the leaf mould heaps and are excited to note females carrying their egg-sac or even carrying their young. Spider webs can often be spotted amongst the rough grasses and different web designs can be a good indicator of the type of spider in residence. The Nursery web spider, Pisaura mirabilis, is easily found in the bulb meadow. The females use the tall grasses as a framework on which to spin a protective tent as a nursery for their young. In Summer, these distinctive tents make finding the spider much easier and many baby spiders can be seen moving around inside. In August, the iconic wasp spider, Argiope bruennichi, can be found suspended in its web between the Iris sibirica leaves of the grass maze. A large spider striped in yellow and black it is easy to see where the name wasp spider originates, but thes espiders are completely harmless. This beautiful spider embellishes its orb-shaped web with a white zig zag, or stabilimentum, running vertically through the web. A hunter of grasshoppers and crickets the spider can be observed wrapping its prey in silk. Occasionally we are lucky to find a cocoon, which the wasp spider makes to house its eggs through Winter until they hatch the following Spring.

The hedgerows and shrubs on site are also an excellent place to find spiders. Hunting spiders clamber about the leaves and branches, whilst orb weavers use the hedge as a scaffold for their webs. A walk in the woods on a frosty morning reveals the intricate detail of spider webs cast in silver and an indication of just how many spiders are working away each night. Here you will find the beautiful green crab spider, Diaea dorsata. Able to move forwards, backwards or sideways like a crab, they are able to sneak up on insect prey amongst the leaves and branches. School groups may opt for a session surveying the wildlife that live in the bushes and trees; beating the bushes always reveals a large number of different spider species. 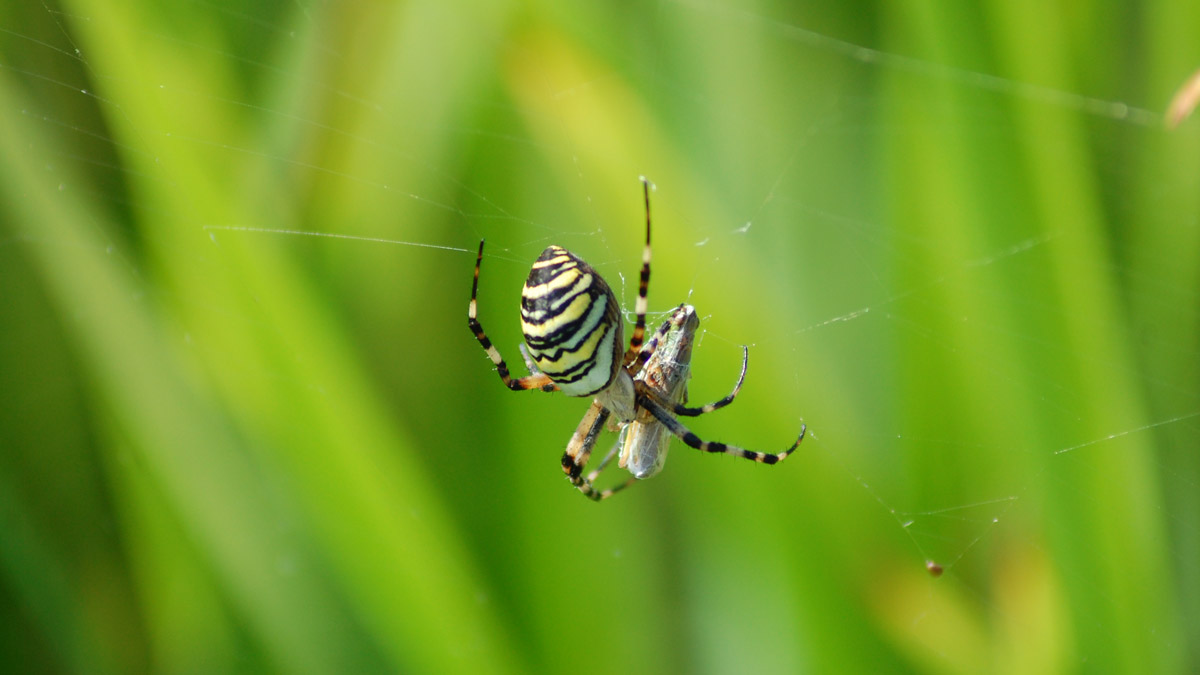 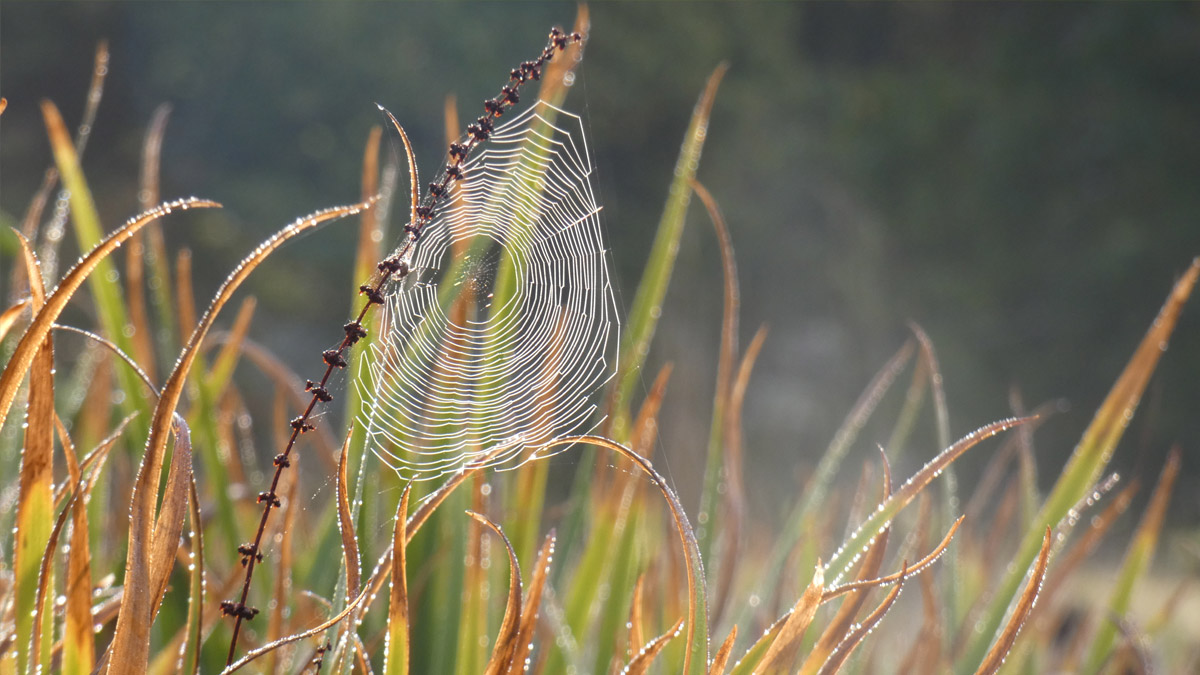 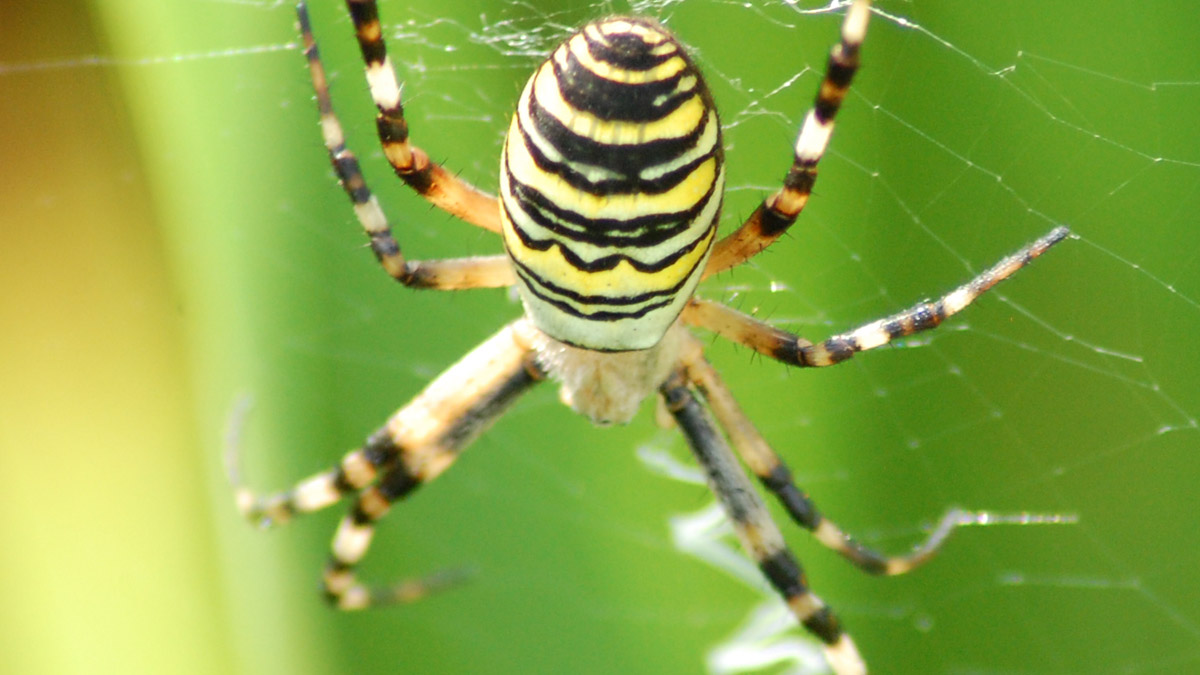 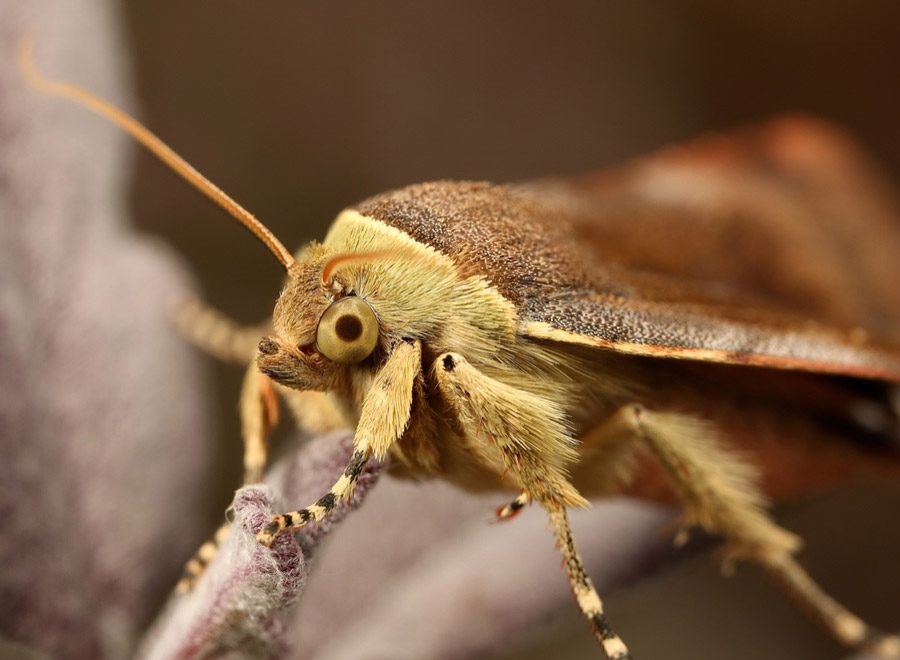 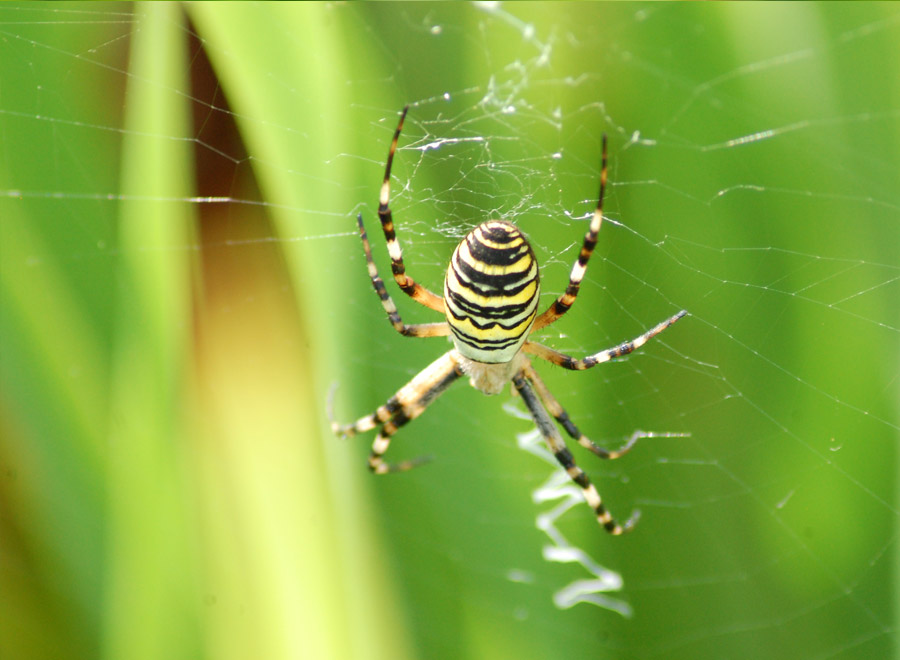 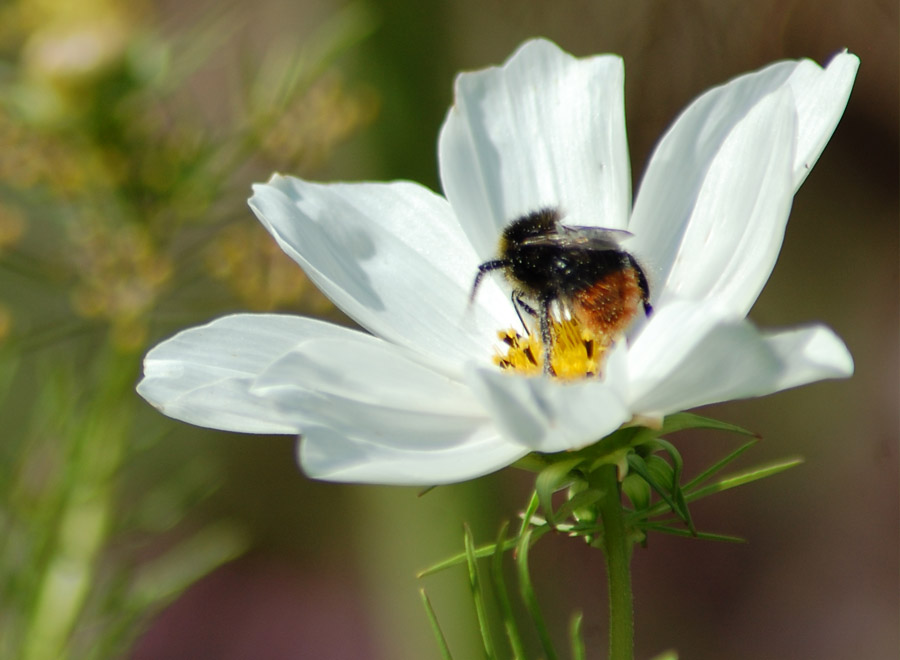 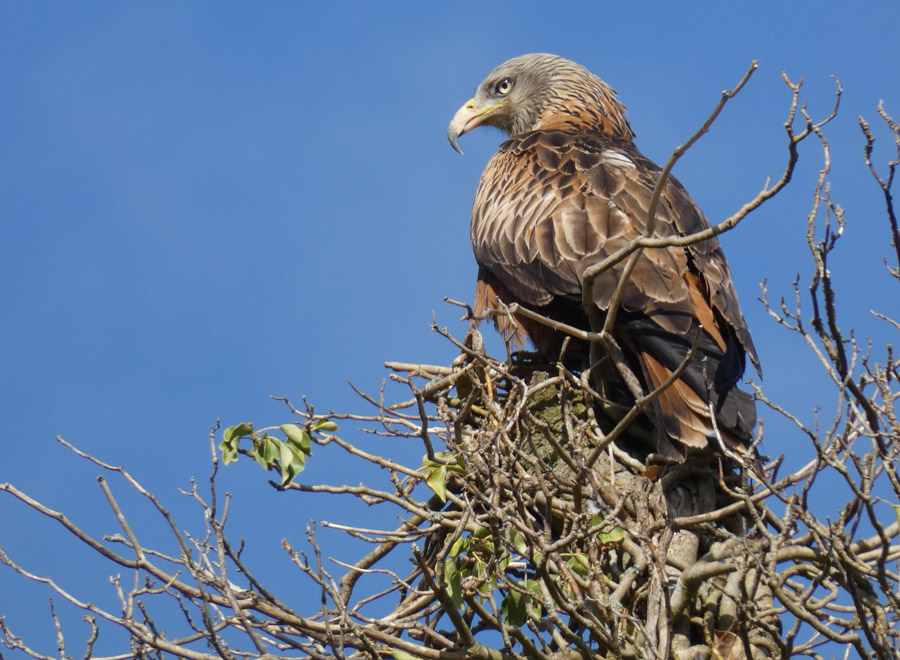 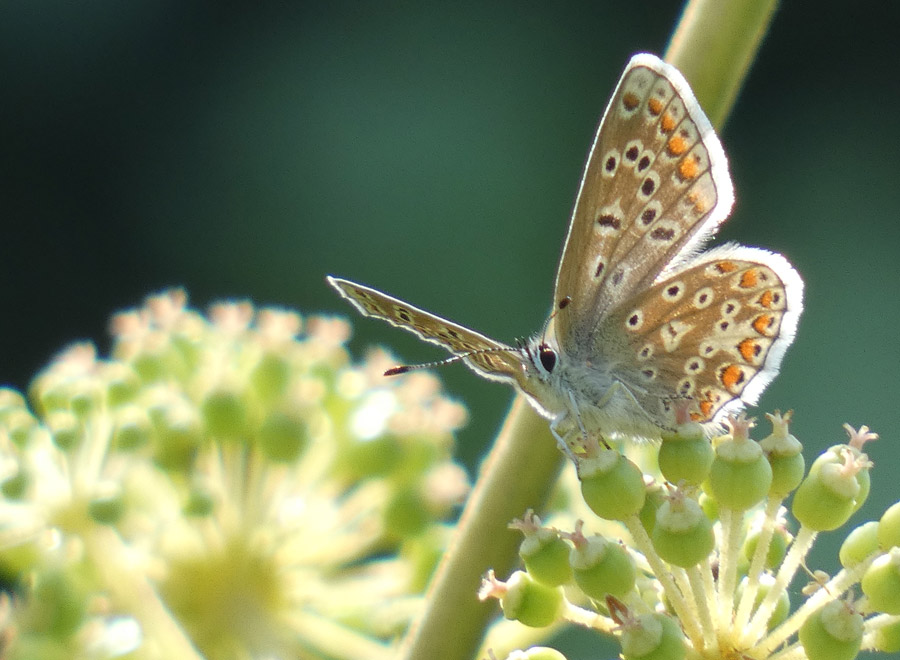 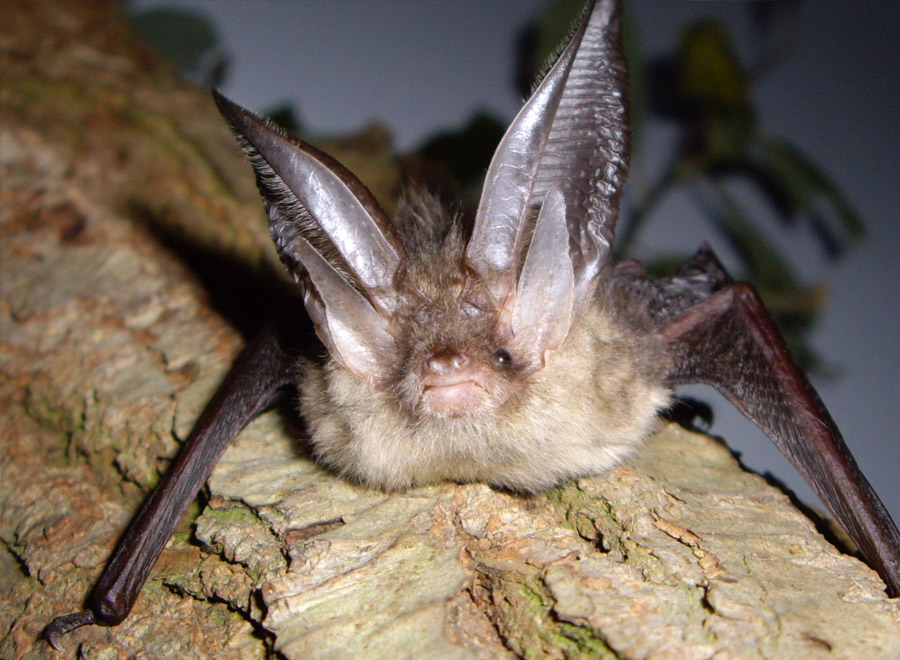